Although many cacti and succulents actually like a tight pot, there will come a time when you need to repot, or maybe you just want to take it out of it's placates pot and put it in something nicer. But how do you know when a succulent or cacti needs repotting? Here are a few signs:

A general rule of thumb is to repot every two years, at least as a way to provide fresh fertile soil. The best time to repot is at the beginning of a succulent's growing season for the highest chance of survival. Early spring is the optimal period for most cases but take note, some do start growing in autumn or winter. 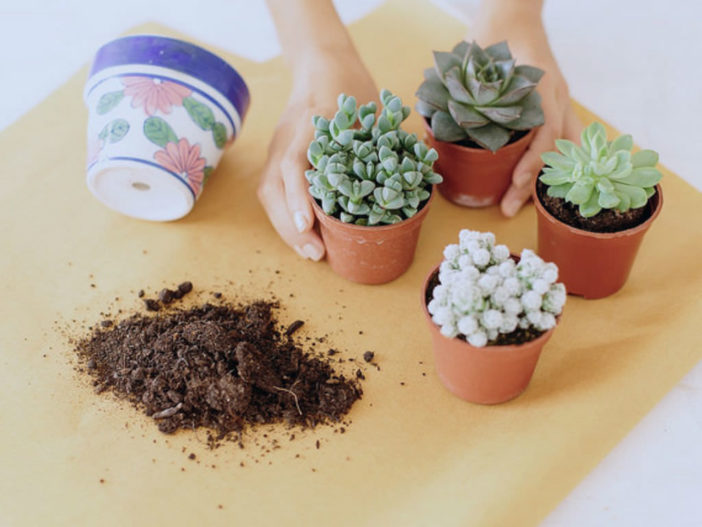 1. Remove the plant from its original pot. You'll see that the root system is really packed and has probably been choking in that pot! 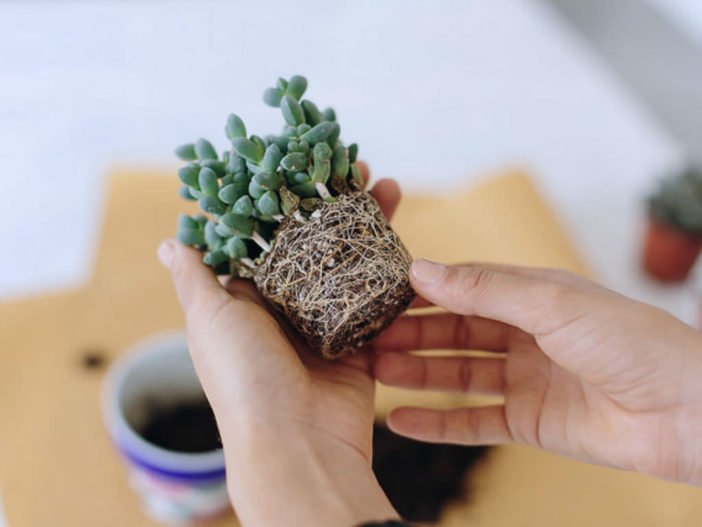 2. Open up the compacted soil and try to gently spread out the roots. Clear away the old soil but be careful not to pull too hard or break them. It's helpful to use a stick like a chopstick or stick to remove the old soil. Also look out for dead roots, which should be pruned off. You'll want to choose a pot that's bigger than the current one, but not too big.

3. Place a few rocks at the bottom of the pot for drainage. Fill the pot about ½ full with potting mixture, put the plant on the mixture and add more of the potting mixture. You want to press the soil gently down so as to make it compact again. Do not water the succulents immediately after repotting. Wait a week to give them some time to adjust to the new soil. 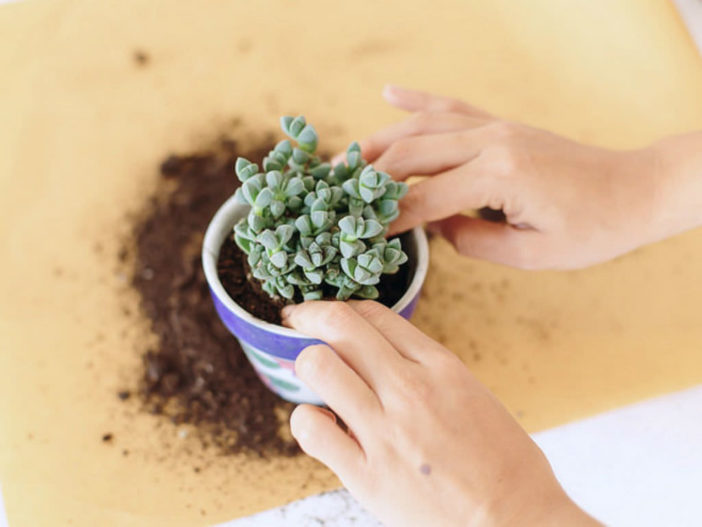