How to Grow and Care for Disocactus

Disocactus is a genus of epiphytic cacti in the tribe Hylocereeae found in Central America, the Caribbean, and northern South America. It should not be confused with Discocactus, which is a different genus.

Many of the cultivated plants known as Epiphyllum hybrids or just Epiphyllums are derived from crosses between species of Disocactus (rather than Epiphyllum) and other genera in the Hylocereeae.

Light: Like all cacti, give them lots of direct sunlight, especially during the summer.
Water: During the growing period, the plants need frequent watering; from October to March and waterings should be rather abundant, so that the soil becomes completely soaked, but let dry between watering. Keep relatively dry in winter or when night temperatures remain below 10° C.
Soil: Well-drained soil is best, and most Disocactus perform well in a soil that contains some organic material. 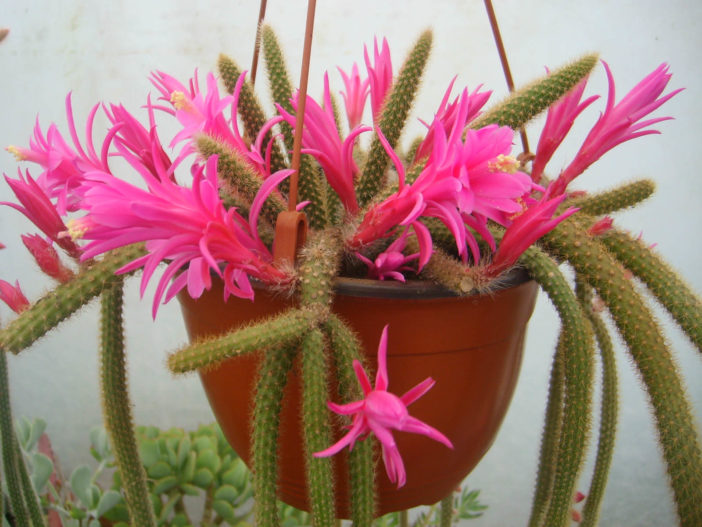 Disocactus can be reproduced both by seeds and cuttings.

Disocactus should be grown in a rich but still well-draining soil. They should be watered regularly and fertilized as well, which is essential for good growth and flowering. Disocactus dislike extreme heat and cold, so they are best green-housed during the depth of winter and heat of summer in hot, dry climates. They also prefer shade to sun, and like a little extra humidity in the air. Flowering in spring and summer, the flower color varies from white, yellow, red, or purple depending on species.