Gasteria nitida is a succulent plant with fat, shiny, spotted, triangular leaves that usually (but not always) grow as a rosette. The species name "nitida" means "shiny" in Latin, and refers to the leaf surfaces. The plant is acaulescent (without a stem) and some plants proliferate from the base to form offsets and clumps. It is highly variable and plants' appearance depends very much on the environment. The flowers are a darker reddish pink, with yellow throats. The inflorescence is branched, and flowering time is in summer. Juvenile plants look markedly different to adults. Young plants are distichous (leaves only in two opposite rows), while adults are often rosettes. Juvenile leaves are tongue-shaped and recurved, while adults leaves are more upright and triangular. Juvenile leaves are rough with tubercles, while adult leaves are smooth and shiny. 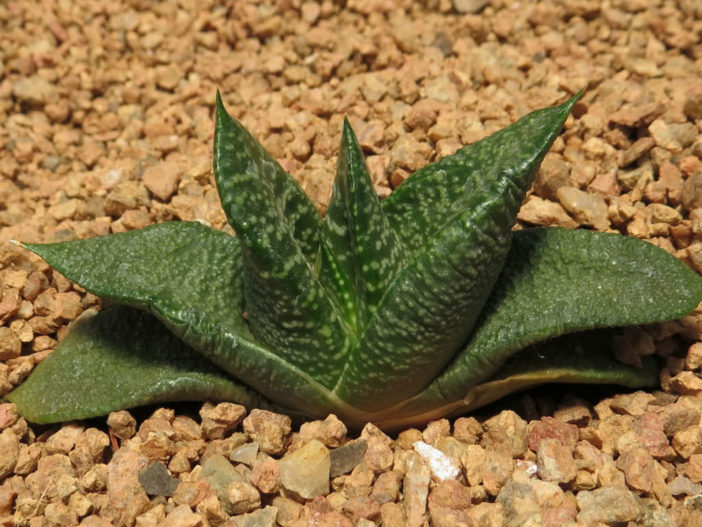 Gasteria are often grouped with Haworthia because the plants have similar cultural requirements. Both are attractive, small succulents that can tolerate somewhat more shade than many succulents, which makes them more suitable as houseplants. Gasteria are susceptible to fungal infections, which usually appear as black spots on the leaves. These are the result of too much humidity or water on the leaves, but they should not spread too quickly. Gasteria have a natural defense mechanism against such fungal attacks and attack the invading organism and seal off the wounded spot. In general, any place where Haworthia and Aloe thrive will be hospitable to a Gasteria.

Gasteria are small, shallow-rooted, and relatively slow-growing. They are often grown in small clusters in wide, shallow dishes. Over time, clusters will naturally enlarge as the mother plant sends off small plantlets… – See more at: How to Grow and Care for Gasteria

Native to the Eastern Cape grasslands of South Africa. 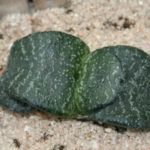 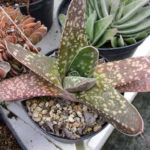 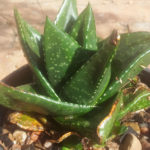