Aeonium 'Starburst', also known as Aeonium 'Lemon-Lime', is a partial reversion of Aeonium 'Sunburst'. It is a spectacular hybrid with yellow variegated center banding and pink edging on the leaves. The rosettes vary in color, even on the same plant. They are larger than that of Aeonium 'Sunburst' and can grow up to 20 inches (50 cm) in diameter. 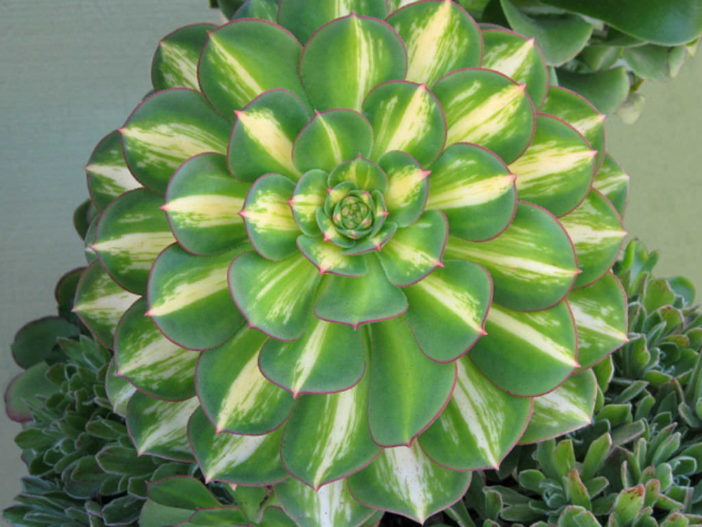 A sandy loam or regular potting mix is better than a mix specifically for cacti and succulents since Aeoniums need some moisture. If you are growing them in containers, repot them every 2 to 3 years with fresh potting soil.

Aeonium 'Starburst' is probably a variegated cultivar or a hybrid of Aeonium davidbramwellii. 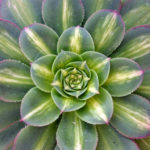 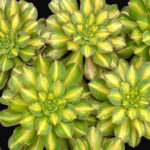 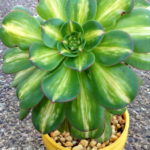