Aeonium' Mardi Gras' is a succulent that forms rosettes of yellow and green variegation combined with vivid rose to rich burgundy, especially when grown in bright light or when temperatures are cooler, offering a very striking accent. It displays a riot of colors, much like the festival for which it was named. 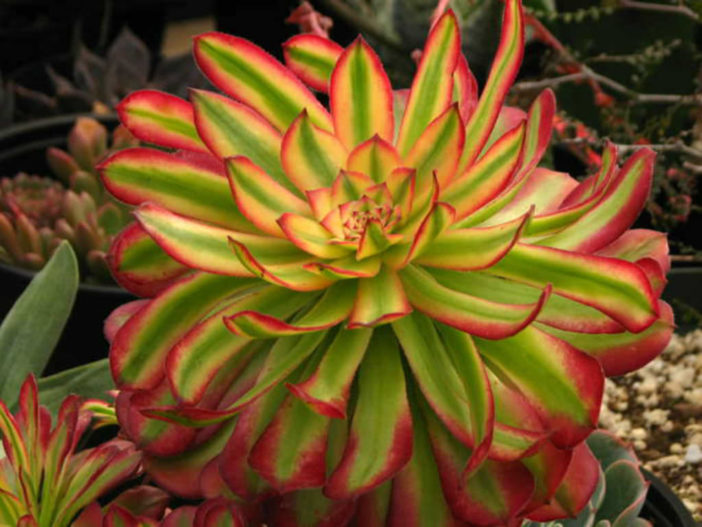 Aeoniums do not like hot or dry weather. They may go dormant in summer and do not require any water, except in arid conditions. In extreme heat, their leaves will curl, to prevent excessive water loss. Growing them in moist shade will keep them growing, but their true growth season is winter to spring, when temperatures are cool, 65 to 75 °F  (18 to 24 °C), and damp. In the winter, water whenever the soil has dried out. Test by poking your finger down into the soil an inch or 2 (2.5 to 5 cm). Too much moisture or allowing them to sit in wet soil will cause root rot. 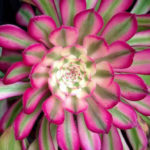 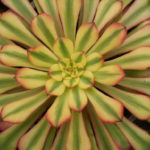