Salads and sautés are probably not the first things that come to mind when you see the succulent adorning your windowsill. But did you know that a lot of common succulents can also be healthy and delicious additions to your dinner plate?

Here are seven succulents that do double duty as garden adornments and nutritional powerhouses. 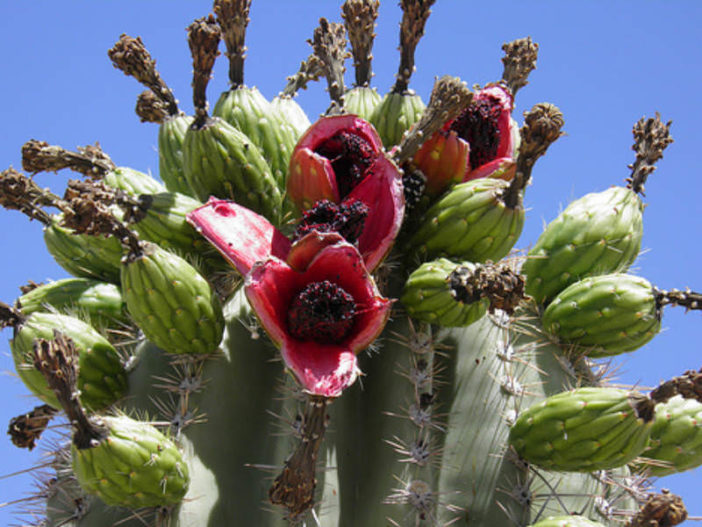 Ubiquitous in the backdrop of every old Western movie, the massive Saguaro serves as more than a desert decoration. The night-blooming, white flowers, which are the state flower of Arizona, produce greenish-pink fruit that contains bright red, slightly sweet pulp and small black seeds that give it a nutty flavor. The Tohono O'odham tribe of Arizona and Mexico has long used the fruit to make everything from jams and syrups to ceremonial wines.

How to Eat It: Chop the juicy pulp into salsa or even bake them into biscuits.

Health Benefits: Saguaro fruit is high in fiber, vitamin C, and B12. 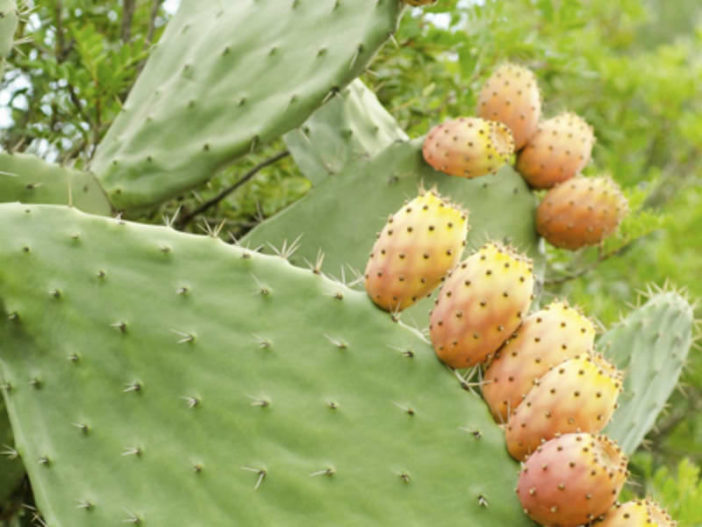 You've probably seen these on the menu of Mexican restaurants as "nopales." They have a mild, neutral flavor similar to green beans and a slightly chewy texture. Its fruit, called "tuna" in Mexico, but commonly known as the Prickly Pear, tastes like a combination of bubblegum and watermelon.

How to Eat It: Opuntia has flat, oval leaves that can be boiled or grilled and used in salads, soups, salsas, and tacos. The fruit can be peeled, sliced, and eaten raw or juiced.

Health Benefits: The leaves are packed with fiber and calcium and just 23 calories per cup. The fruit is also low in calories and high in vitamin C. 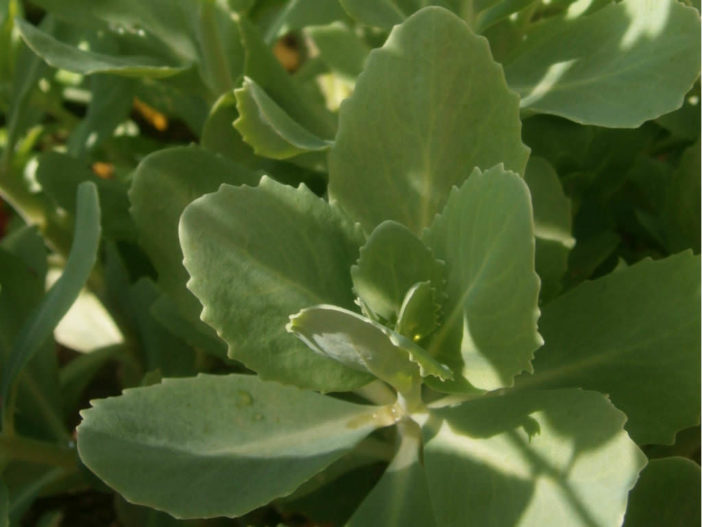 Sedums, commonly known as Stonecrops, is a genus of flowering plants that encompass up to 600 species. Their leaves have a mild peppery, bitter flavor and are a flavorful addition to salads and stir-frys. Be sure to eat them in moderation, however, because large quantities can cause stomach upset.

How to Eat It: Its bitterness can be mellowed out by sautéing. Red flowering Sedum leaves, stems, and tubers are safe to eat raw in salads, but yellow flowering Sedums have mild toxicity and need to be cooked.

Health Benefits: They are believed to relieve coughs and lower blood pressure, and they can be applied to the skin to relieve burns, cuts, hemorrhoids, and eczema, although there isn't any research yet to back these claims. 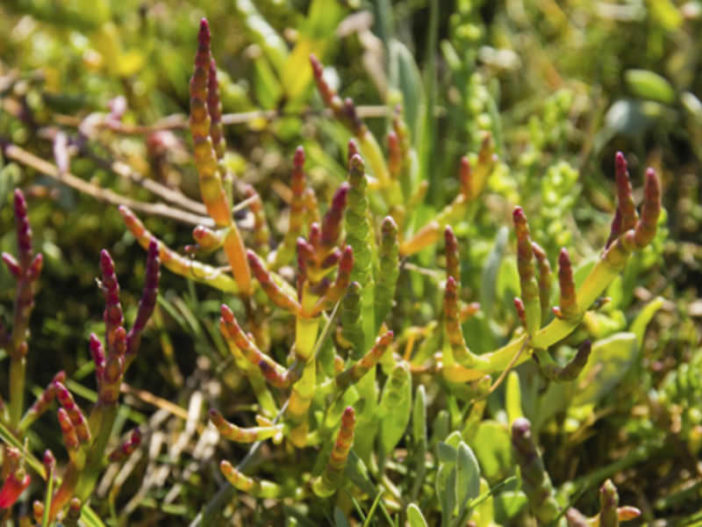 Salicornia, commonly known as Sea Beans, are succulents that grow on salt marshes and sandy beaches. They are gaining popularity amongst gourmet chefs and popping up in more grocery stores.

How to Eat It: These "beans" can be eaten raw or pan-fried and have a flavor and texture similar to asparagus. A quick blanch can mellow out the intense sea salt flavor. 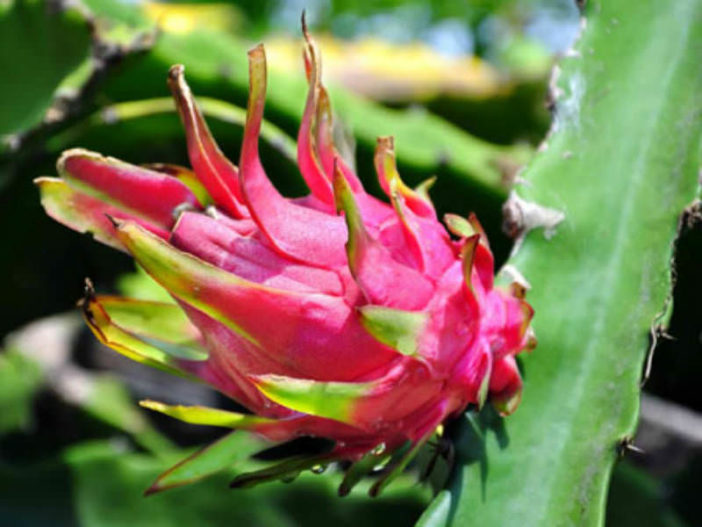 Who knew that the candy-colored Dragon Fruit, or Pitaya, came from a cactus? These bright pink fruits come from a night-blooming cactus commonly known as the Queen of the Night. Despite their flashy appearance, their flavor is very mild. Many compare it to a bland, slightly sweet melon or kiwi.

How to Eat It: Simply slice it, open, scoop out the white pulp and eat or add it to smoothies and shakes.

Health Benefits: What it lacks in intense flavor, it makes up for in nutritional content. It is low in calories and high in protein, fiber, vitamin C, iron, and calcium. 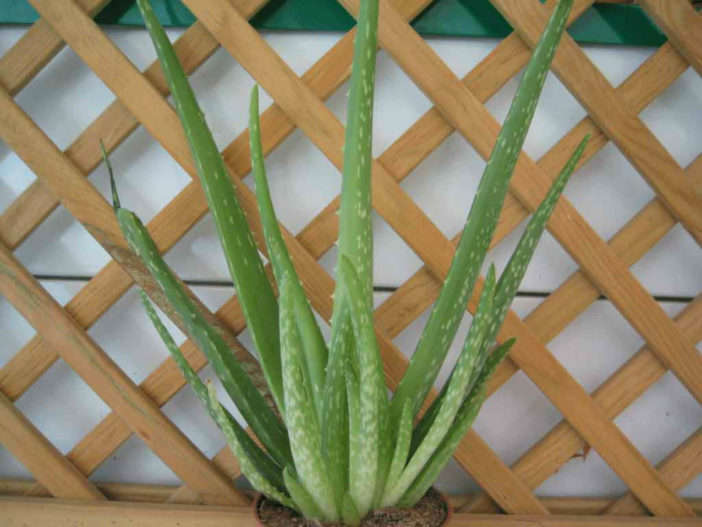 You already know about this spiny succulent's applications in treating burns, rashes, and minor cuts and scrapes, but its benefits extend much further.

How to Eat It: Peel away the tough, bitter outer leaf and blend the translucent inner part into drinks and smoothies, chop it into salads or poach slices in water to get rid of the slimy texture.

Health Benefits: Scientists have identified over 75 phytochemicals in Aloe vera, including high levels of antioxidants, vitamins B1, B2, B6, C, E, and folic acid. There is also evidence that it can relieve constipation. However, large amounts can potentially be bad for your kidneys, so eat in moderation. 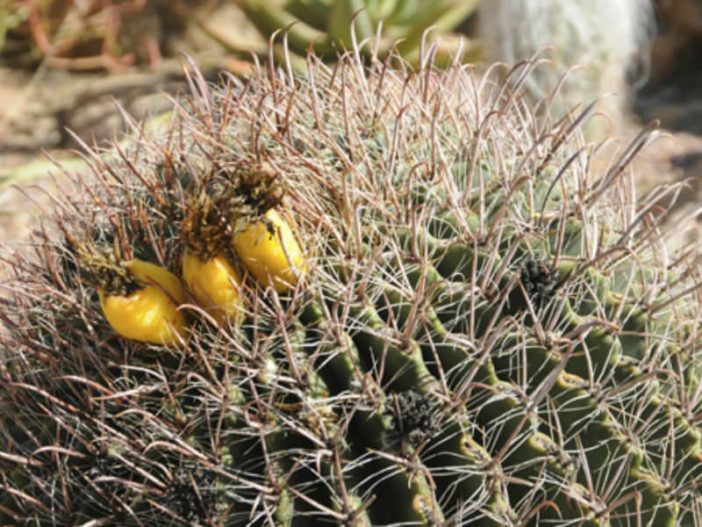 The large, hard spines on this Southwestern American succulent make it look more like a menace than a tasty treat, but it is completely edible. Its bright red flowers wilt to produce yellow fruit that resembles a miniature pineapple. Native Americans traditionally ate the flowers and even the flesh of the plant itself, but they are not very palatable (but useful if you ever get lost in the desert!).

How to Eat It: The fruit has a slightly slimy pulp with edible, black seeds and can be picked right off the cactus and eaten raw. Its flavor is somewhat tart and reminiscent of lemon and kiwi.

Health Benefits: Fruits are high in vitamins A and C.