Sansevieria is a genus of about 70 species of flowering plants, native to Africa, Madagascar and southern Asia. It is often included in the genus Dracaena. In the APG III classification system, both genera are placed in the family Asparagaceae. The genus was originally named Sanseverinia by Petagna to honor his patron Pietro Antonio Sanseverino, Count of Chiaromonte (1724-1771), but the name was altered for unknown reasons by Thunberg, possibly influenced by the name of Raimondo di Sangro (1710–1771), prince of San Severo in Italy. 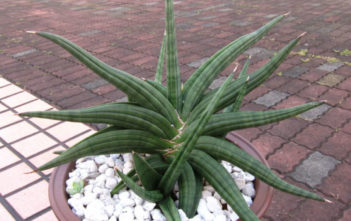 Sansevieria patens (Snake Plant) is an attractive, succulent plant with subterranean, branching rhizomes up to 1 inch (2.5 cm) in diameter… 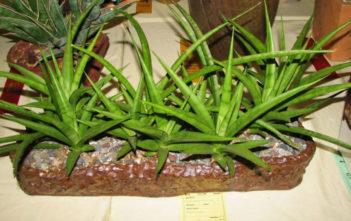 Sansevieria parva (Kenya Hyacinth) is a slow-growing succulent with narrow, reflexing leaves up to 16 inches (40 cm) long and up to 1 inch… 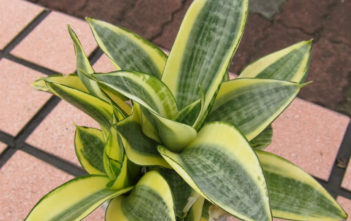 Sansevieria trifasciata 'Golden Hahnii' (Golden Bird's Nest Sansevieria) is a dwarf cultivar of the familiar houseplant Sansevieria. It is… 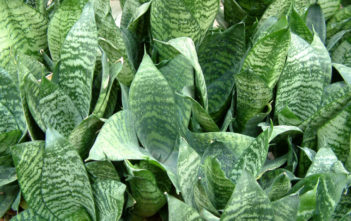 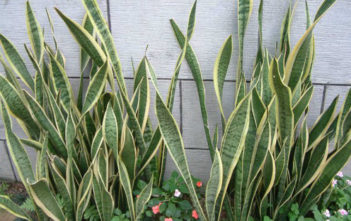 Sansevieria trifasciata 'Laurentii' (Striped Mother-in-law's Tongue) is a tall robust plant up to 3 to 4 feet (1.2 m) tall with a tight… 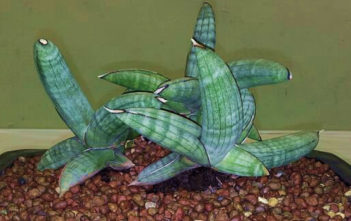 Sansevieria eilensis is a slow-growing succulent with rough, cylindrical, downward-curving leaves which arise from an underground rhizome… 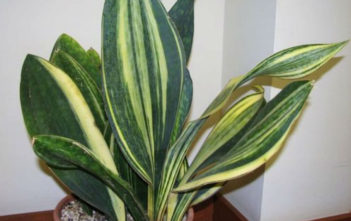 Sansevieria masoniana f. variegata is a semi-succulent plant with wonderful, long, dark green leaves with pale yellow variegation at the… 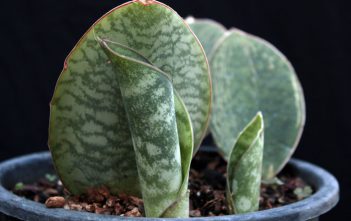 Sansevieria masoniana (Mason's Congo) is a semi-succulent plant, with wonderful, dark green leaves with smudged, light green spots and a… 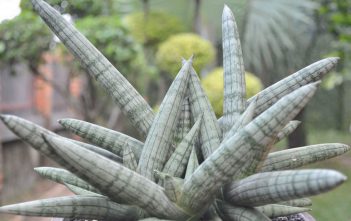 Sansevieria cylindrica var. patula 'Boncel' (Spear Orchid) is a succulent plant with fat, short leaves and does not grow as tall as… 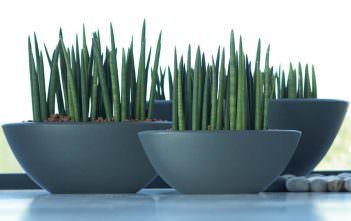 Sansevieria cylindrica – Cylindrical Snake Plant is a very striking succulent with striped, round leaves that are smooth and a green-gray in color…