Tradescantia (commonly known as Spiderwort) is a genus of 75 species of herbaceous perennial plants in the family Commelinaceae, native to the New World from southern Canada south to northern Argentina including the West Indies. They were introduced into Europe as ornamental plants in the seventeenth century and are now grown as such in many parts of the world. Subsequently some species have become naturalized in various regions of Europe, Asia, Africa, Australia and assorted oceanic islands. The name of the genus by Linnaeus honours the English naturalists and explorers John Tradescant the Elder and John Tradescant the Younger. 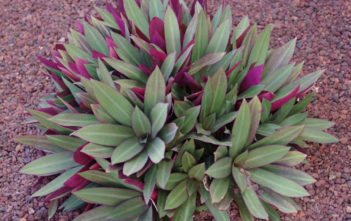 Tradescantia spathacea (Moses-in-the-cradle) is a clump-forming, evergreen perennial that grows as a up to 12 inches (30 cm) tall rosette… 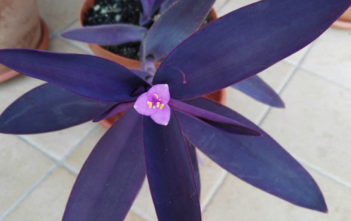 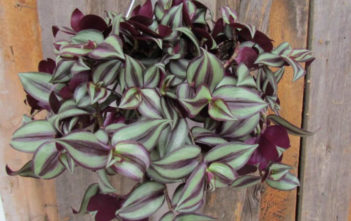 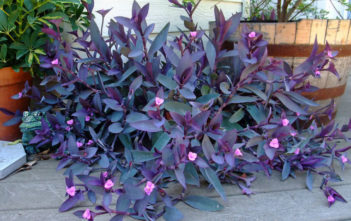 Tradescantia pallida (Wandering Jew) is an evergreen, perennial plant up to 18 inches (45 cm) tall. It is a long-jointed, sprawling… 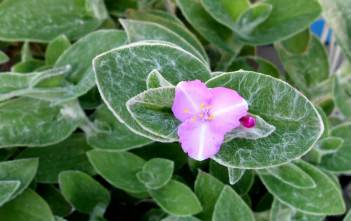