Cintia is discovered in 1996 by Karel Kníže at an elevation of 13,000 feet (4,000 m) near Otavi, in Potosí Department, Bolivia. He noted that this species was similar in appearance to Copiapoa or Eriosyce, but it was widely accepted as unique enough to be in a genus of its own. Since that time, however, some have been satisfied to lump the species under the genus Rebutia. The genus is named after the town of Cinti in Chuquisaca Department. 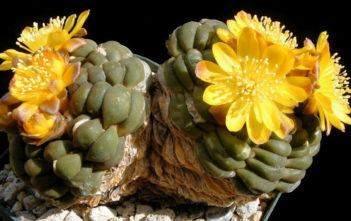 Cintia knizei, also known as Rebutia cintia, is a dwarf cactus with a globose stems up to 2 inches (5 cm) in diameter. The color of the stems can vary…