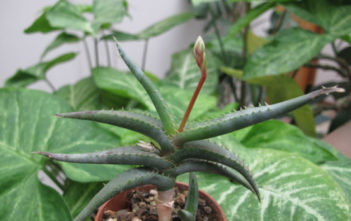 Aloe inexpectata is a small succulent with stems that hold rosettes of blue-green to grey-green leaves with reddish teeth. It slowly grows…