Hoodia gordonii, commonly known as Hoodia, which grows in the Kalahari Desert of southern Africa, has been popular in the media lately. For centuries, San Bushmen in the desert have used this plant for fighting off hunger and thirst during long hunts. Other traditional medicinal uses of Hoodia is for cramps, indigestion, hemorrhoids, and improved energy levels.

There are many misunderstandings as to the truth behind Hoodia, starting with its appearance. Though it looks like a cactus, it is in fact a leafless succulent with a cactus-like appearance. Learn the myths and facts behind this rare botanical.

Hoodia supplements claim to make you lose weight fast. Many people turn to Hoodia because they think it is a miracle pill that will shed the pounds, without their having to put any effort.

Fact: It Is an Appetite Suppressant

The real function of Hoodia is its ability to suppress appetite. In fact, the active ingredient, P57, can keep you full for up to 24 hours. If you eat as normal and do not get physical activity, Hoodia will likely do nothing for your weight.

Myth: It Is Suitable for Everyone 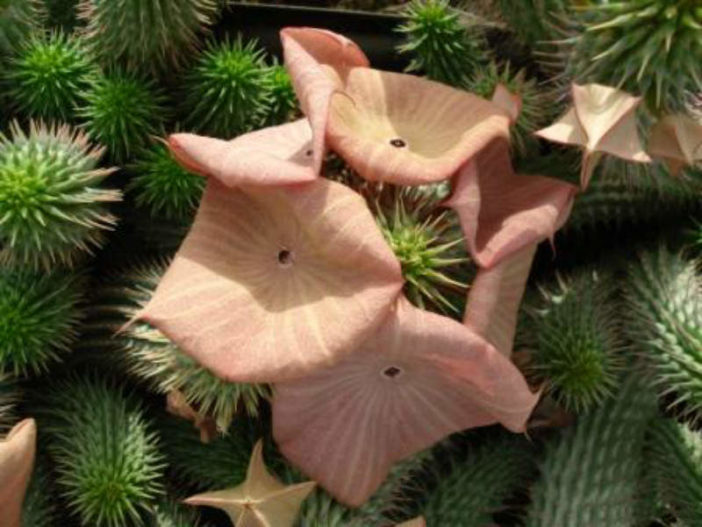 Though Hoodia can be useful for many people, those with diabetes should steer clear. This is because Hoodia may alert the brain that you have enough blood sugar, and you will not get warning signs that it is dangerously low. This can result in shakiness, irritability, and loss of consciousness.

Also, people with eating disorders should not use Hoodia. Some people turn to Hoodia to suppress appetite even when their eating patterns are perfectly healthy. Also, people who are anorexic may turn to it to aid their desire to skip meals. It is important that eating disorders be treated under the guidance of a doctor.

Myth: All Supplements Are Safe

Just because the packaging looks pretty and welcoming, it does not mean it is safe. In 2011, for example, the United States Food and Drug Administration (FDA) put out an alert that one Hoodia supplement contained sibutramine. This substance was removed from the U.S. market in 2010 due to its possibility for causing heart failure or stroke.

Much of the time, supplement companies have deceiving packaging. Although they claim to be made with natural Hoodia extracts, they may contain little to no Hoodia. Understand that this plant is rare and protected in its native lands. The best way to be sure you are getting a quality product is to look for the C.I.T.E.S. certificate. This verifies that 100% pure South African Hoodia is being used. Even then, however, it may not be clear just how much they are putting in the supplement. If you want to be extra natural, you may also get a Hoodia plant: the San Bushman would eat the meat of the plant directly to get the effects.

Understanding the myths and facts behind new weight loss fads is important. In the case of Hoodia, this knowledge can help you avoid scams and potential danger.