Aeonium 'Sunburst' is a branching succulent with large rosettes of fleshy, spoon-shaped, variegated leaves that stand on long bare stems. It grows up to 8 inches (20 cm) in diameter. Leaves are green and white to creamy-yellow and adorned with coppery red tips when exposed to the sun. The small, star-shaped, white flowers bloom in summer on mature plants. This succulent is one of the monocarpic Aeoniums, meaning that the main plant will die after it flowers. 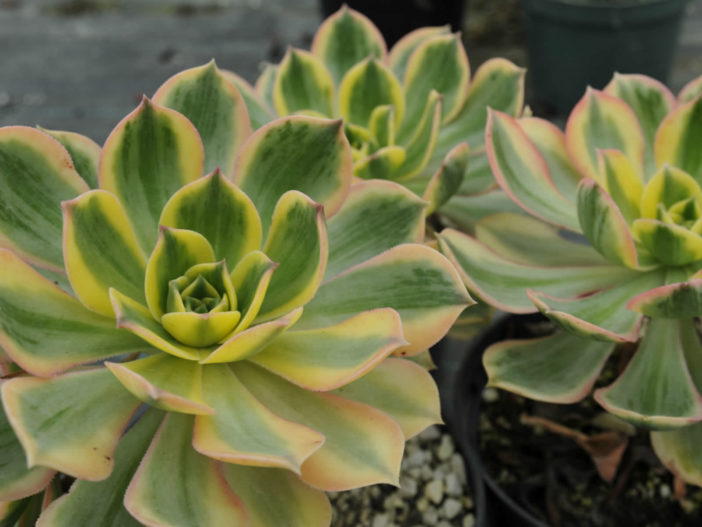 Aeonium 'Sunburst' is probably a variegated cultivar or a hybrid of Aeonium davidbramwellii. A similar form has occurred elsewhere and has been given names such as Aeonium 'Starburst' or Aeonium 'Lemon-Lime'. 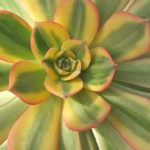 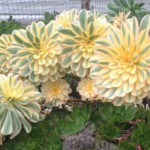 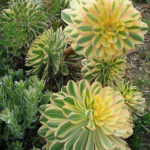