Ruschia is a genus of succulent plant in family Aizoaceae. Over 400 species are described, though many have subsequently been moved to the new genus Antimima. Species occur in South Africa and Namibia. The genus name was named in honor of a Namibian farmer by the name of Ernst Julius Rusch (1867-1957). 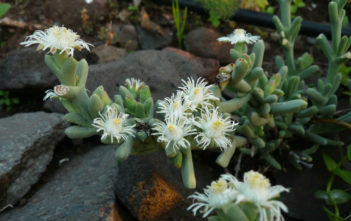 Ruschia crassa is a succulent shrub, with blue-green, ascending or prostrate branches. It is one of the species with highly reduced leaves and uses its… 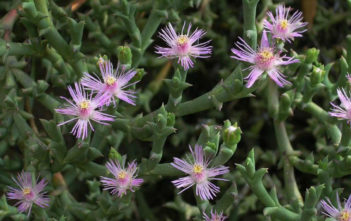 Ruschia uncinata is a mat-forming succulent that grows up to 1 foot (30 cm) tall and spreads several feet wide. It has interesting gray-green stems. 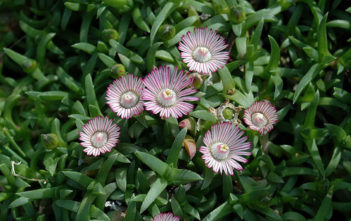 Ruschia lineolata (Carpet of Stars) is a dense, mat-forming, evergreen, succulent plant that grows up to 2 inches (5 cm) tall and spreads… 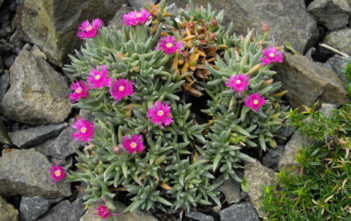